Cuban and Venezuelan Sanctions with Marilu Jimenez and Andy Fernandez 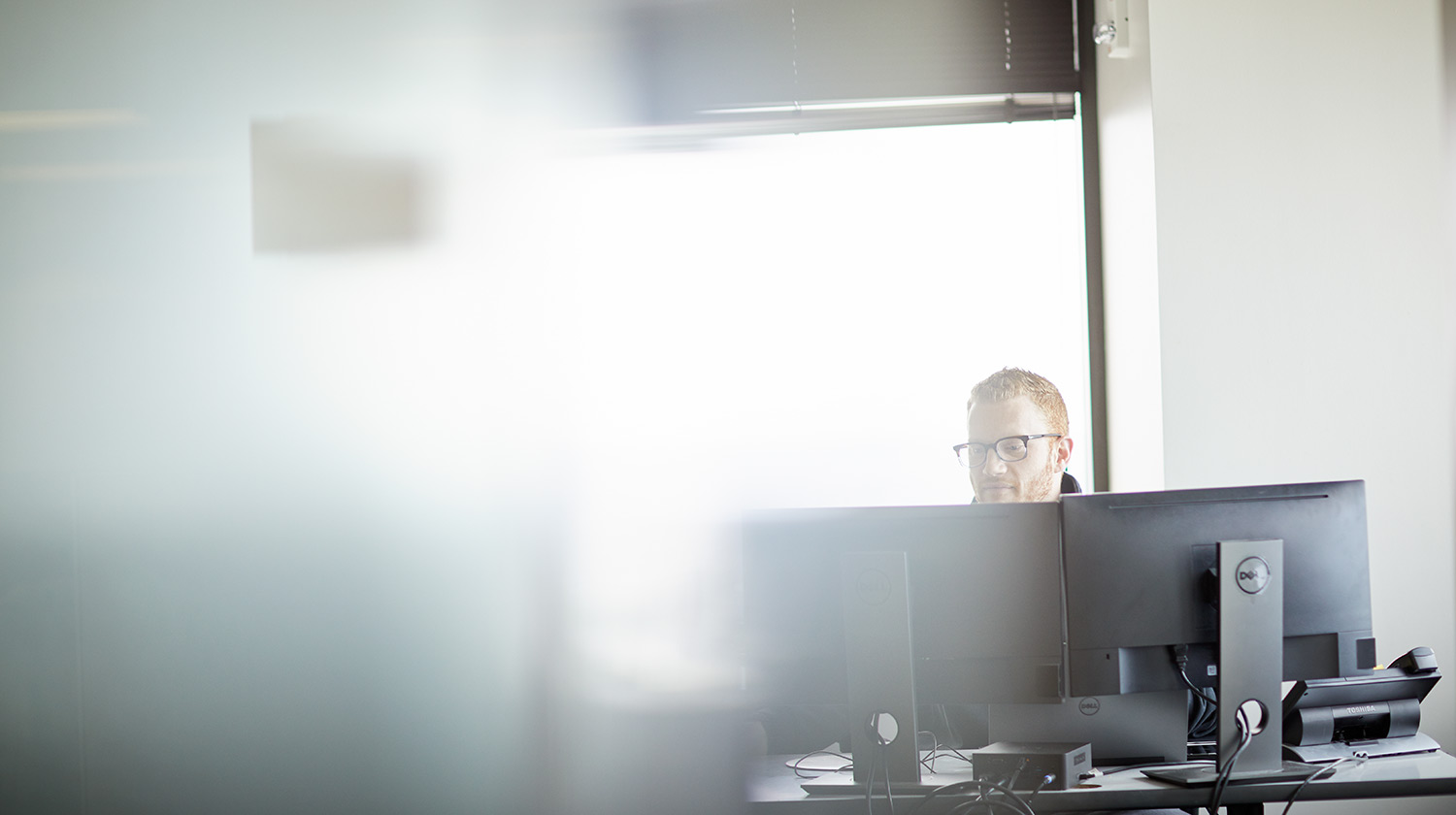 Marilu Jimenez of FINCAdvisors sits down with Andy Fernandez, partner at Holland & Knight and a leading expert in sanctions compliance. They discuss the sanctions regime and its increasingly complex nature, as well as the recent guidance OFAC issued in the summer on culture.
Their discussion covers two particular types of sanctions, both extremely relevant in the US and Latin American markets; the rollback of the general licenses related to Cuba and the complexity of the Venezuelan sanctions.

The discussion was recorded in Spanish, with the transcript translated into English below.


TRANSCRIPT
MJ: Andres Fernandez, is a partner at the Holland & Knight law firm in Miami who is a recognized expert in the world of sanctions, specifically those imposed by the United States government under the Office of Foreign Assets Control , OFAC and the law created in 2017, Countering America’s Adversaries through Sanctions Act, CAATSA.
This is a complex and difficult area of regulation for financial institutions and others subjects to the requirements, to a large extent because it is constantly evolving and has many layers of action. On the other hand the penalties are significant for errors or non-compliance even when there is no intention.
OFAC released some guidelines this year (May 2019) very similar to the ones released by FinCEN on culture of compliance. Can you please elaborate?
AF: The sanctions issued and administered by OFAC are the number one risk in international banking right now. Historically, in my practice, the advice given to banks and international groups were 70% related to BSA/ AML issues and 30% involving OFAC. However, this has changed significantly in the last 3 to 4 years. Now, I advise these groups 70% in OFAC and 30% in BSA/ AML. The issue here is that OFAC is much more difficult to administer, which will be emphasized later on.
OFAC’s sanctions are extremely complicated. Fifteen years ago dealing with OFAC only meant using the list, now we have to deal with sectoral sanctions, sanctions against types of transactions, sanctions against groups, sanctions against countries (which change constantly), etc. We’ve seen this evolution of sanctions mainly in the past five years.
Now, regarding your question about the framework issued by OFAC this year, it is clear that OFAC has put their head in the game. They are now clearly saying: If you are an American or a non- American person who has  activity in the US, you should have an appropriate compliance program on sanctions. OFAC is communicating their expectations clearly and when implementing a fine or sanction the subject has little to no excuses given how clear the expectations are.
OFAC applies to Americans as well as non- Americans with entities in the United States. For example, a client that is not present in the US but has a US account is equally subject to OFAC sanctions. Which changed the rules of the game and became more complex and strict.
MJ: As we know, a compliance officer has to be  familiar with the rules of BSA/AML/OFAC, but it is now of significant importance for senior management to know it as well. What does that mean for senior management? What is expected of them?
AF: Culture of compliance is a basic requirement of OFAC. This is added as the fifth pillar of a AML compliance program. Management commitment is necessary because, as we see often, the fault lies when a compliance team does not have enough resources/ tools provided by management to deal with sanctions. Management commitment goes hand in hand with culture of compliance.
MJ: When you encounter a client that may be sanctioned, What are the steps that the compliance officer must follow?
AF: The compliance officer must act accordingly to what the sanctions say. If it means blocking the account or activity there is no remedy. If there are questions and they are investigating the client, you may restrict the account while the investigation is being performed until a conclusion has been achieved on whether or not the account must be blocked. The biggest complication is that compliance officers must follow all programs: BSA/ AML and OFAC and sanctions.
BSA/ AML: Identify risk and mitigate it.
OFAC: Identify and remove risk. (no such thing as mitigating sanctions).

CUBA: King of the sandbox with OFAC.
MJ: When Congress approved CAATSA in 2017, the President issued several executive orders, one of them specifically gave the Secretary of State authority to create a list of restricted entities and sub- entities related to Cuba, “Restricted List of Cuba” sometimes known as “List Section 231”; What relationship does it have to OFAC.
AF: In 2017, Cuba’s restricted list is designed to attack the tourism sector in Cuba, which is handled through the Cuban military. Once issued, it is now handled through the department of state. It prohibits direct financial transactions from an entity on the restricted list (unhandled by OFAC) and indirect transactions are handled by OFAC.
MJ: Has your practice seen an uptick after the expiration of the section within the Helms- Burton Act that prohibits claims for damages related to property losses that took place during the nationalization of assets by the Castro regime?
AF: They were two: First, the practice related to Cuba exploded  around 2015- 2016 when there were all the changes related to the Cuban Asset Control Relations under the Obama administration. Now, under the Trump administration, everything changes because now the movement will restrict and prohibit in a larger scale.
We are seeing that both are working against entities that are trafficking confiscated properties in Cuba. As well as trying to defend American entities that use these properties under the authorization issued by the Obama administration.
VENEZUELA:
MJ: The measures imply that the assets “are blocked and cannot be transferred, paid, exported, withdrawn, or managed”, and prohibits transactions with Venezuelan authorities whose assets are blocked. Therefore, it exposes to sanctions any individual or firm that makes transactions “cooperate or assist” with those close to the regime. For example, any law firm that is hired by the Maduro government in the United States will be sanctioned. Any person offering services to the dictatorship will be penalized.
This is the first time in more than 30 years that the US freezes assets to a western country, although with some exceptions: the order allows the delivery of food, medicine and clothing “intended to be used to alleviate human suffering”.
What are some of the specific elements that make Venezuela’s sanctions different from other sanctions programs, such as Cuba, Iran, Sudan, etc.? Follow up question: Why are Venezuelan sanctions so difficult to implement?
AF: First of all, that has significantly changed in the past two years. We must remember that the sanctions against Venezuela began under the Obama administration and it was through an executive order that certain people in the government resigned. (a list that prohibits direct and indirect transactions.
Indirect transmission: When OFAC looks at a transaction and wants to determine whether their nature is based on a prohibited interest. This prohibited interest may be direct which means that one of the parties in the transaction is designated or listed. Or it may be indirect: this means that the payment is being made between two persons/ entities for a prohibited reason and that is based on an indirect interest.
For example, a Mexican company is sending a payment to a Spanish company but the purpose of the payment is for the benefit of the Venezuelan government. (indirect interest prohibited).
Venezuelan sanctions are so difficult to comply with because they are constantly changing. A simpler way to see it is that the Venezuelan government is 100% blocked.
MJ: Can you generalize how long it takes OFAC to respond to specific license requests related to Venezuelan sanctions?
AF: There are about 35 general licenses that OFAC has issued that speak of certain activities that are authorized depending on whether you fall under that license is a general exception. But an entity always has the right to request a specific license asking OFAC for the authority to do this activity where you must present your arguments for OFAC to consider.With thousands of applications received every day, OFAC usually takes a minimum of  six months to respond.
MJ: What advice would you give a financial institution about wire transfers to non- sanctioned people (personal remittances that involve; Food, Medicine, etc) in Venezuela?
AF: We are currently living in a time where you have to manage all payments related to Venezuela. Now everything is forbidden. You have to examine transaction by transaction to see if they’re subject to a license.
MJ: I believe we are out of time for more today on this very interesting topic. Thank you for taking the time to discuss the sanctions regime with the compliance community.